Trio opens up about past struggles before performing a new song 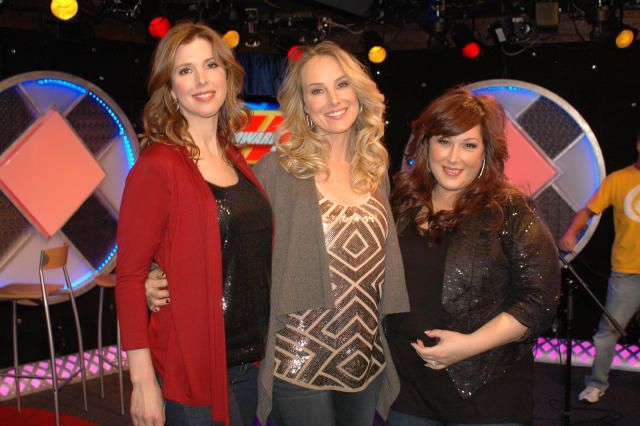 Wilson Phillips came into the studio to promote their new holiday album “Christmas in Harmony,” but Howard’s first question was about why the famed music trio had gone on hiatus a while back.

“We had nine babies—nine babies between the three of us,” Carnie Wilson said, explaining they’d simply taken a break to raise their families.

After learning that Carnie’s bandmate Chynna Phillips had naturally birthed all three of her children, Howard asked about the physical toll it took on her. “My vagina [has] matured,” Chynna laughed. “But it’s matured in a nice way. My husband says it feels exactly the same.”

Asked about her tumultuous relationship with Billy Baldwin, Chynna divulged: “Billy and I have been together 20 years…we were in a cycle where we were just–it was like we were chasing each other’s tails and we got into these bad patterns. And I was just sick and tired of the patterns. And I finally just said, ‘These patterns have to change. I can’t live like this anymore.’ And guess what? We went to therapy and fixed the patterns.”

Chynna said therapy was only the start: “We went to some marriage counseling and then we ended up fighting even more…[so] we just started taking long walks on the beach and took little weekends away together and wrote each other letters and talked and, you know, fought when we needed to fight and got it out. And prayed–we prayed together.”

Carnie told the crew about her struggle with sobriety: “I feel like I have no outlet since I’ve been sober. It’s really hard to not take a hit off a joint or have a glass of wine. And for me, it’s about anxiety and releasing my stress and sometimes I get bitchy.”

Carnie said she got sober six years ago: “I didn’t go to rehab but I’m in a 12-step…it has saved my life.”

She hit rock bottom when she found herself stashing alcohol around the house: “It got to, like, hiding vodka bottles in the closet.”

Carnie said the struggle was worth it (“I’m a better mother now.”) but not over: “It’s a daily struggle and making good decisions every day…I’m addicted to food.”

Mackenzie and Their Papa

Howard asked Chynna how she felt about her sister going public with the sexual relationship she had with their father, Papa John Phillips, so Chynna said she didn’t understand:

“Honestly, I think it was a pretty selfish thing to do, considering how it affected everyone around her. I don’t think she took that into consideration.”

The trio then harmonized a capella versions of some of their parent’s hits “In My Room” and “California Dreamin’.” They then played “Christmas in Harmony,” a song off their Christmas album, while accompanied by Carnie’s husband Rob Bonfiglio on guitar.