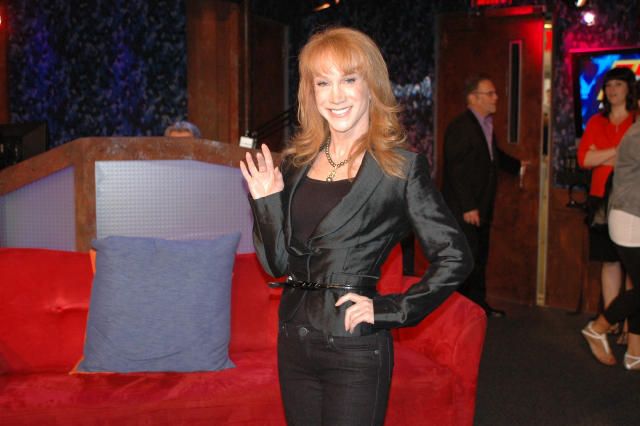 Kathy Griffin called in to promote her return as the co-host of CNN’s “New Year’s Eve Live” and the crew immediately grilled her about her friendship with Cher.

Kathy wasn’t sure about the status of Cher’s relationship with Ron Zimmerman, but she thought the media had overblown Cher’s rift with her daughter-turned-son, Chaz Bono. “She called Chaz ‘Chaz’ before Chaz was Chaz,” Kathy told Howard. Howard then asked if Kathy would date Chaz. Kathy balked: “I wouldn’t only because I’m friends with his mom.”

Robin felt there was another, more plausible reason: “I know Kathy would because Chaz is famous.”

Doing ‘The Thing’ With Quentin Tarantino

Asked about the time she dated Quentin Tarantino, Kathy said they’d never had sex. Instead, she said: “We did this thing called ‘The Thing’ … [we] spent the night together in bed and sort of tried to see if we could go all night without having sex.”

Kathy said it was her idea to try something new, since (at the time) she was banging most guys on the first date. “There was no release on either party’s side. It really was just a hot night of making out,” she told Howard.

Disappointingly, Kathy never let things go any further. “It sort of became this game between the two of us, and now, of course, I regret it,” she said. “I should’ve just f’ed him when I had the chance.” Kathy explained they’d dated while Quentin was writing “Pulp Fiction” and Quentin would call her late at night to read her scenes he was particularly proud of. “That was sort of a fun treat,” Kathy said. “I was like, ‘This is a movie with John Travolta? Where’s the part with the talking baby?'”

She Could Be Pulled From Air 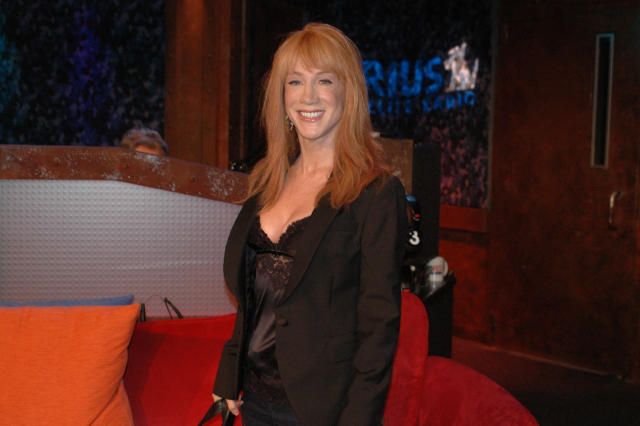 Kathy said CNN was pretty nervous about inviting her back, as she’d said “fuck” live on the air last year. “This time if I say the F-word they’re going to pull me from the air,” she revealed.

Howard told Kathy she should ask her co-host, CNN anchor Anderson Cooper, to publicly comment on his sexuality, but Kathy claimed she’d rather talk to him about other topics. “I want to talk about his going to Haiti and what that was really like,” Kathy said.

Howard laughed that he knew better: “No you don’t. I know you. You want to know what goes on in his personal life.”

Kathy feigned ignorance, saying, “I don’t know what’s at the bottom of that. No pun intended.” Kathy said she planned to watch her tongue, as her paycheck depends on it. “Last year I had to give the money back,” she said. Still, she wasn’t making any promises. “It gets very cold up there and I get confused,” she said.