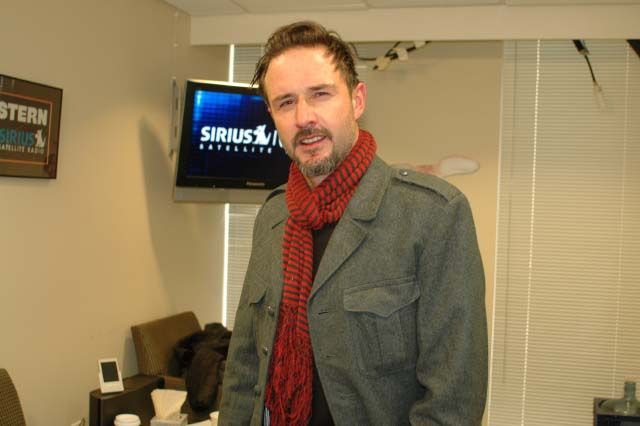 Howard started off the show complaining about the many media outlets mischaracterizing–as has become the norm–statements David Arquette made on the show: “David’s just honest…I don’t think he’s having a nervous breakdown.”

Robin agreed, saying David is just like any other man going through a separation: “Guys don’t handle emotions well.”

“I know Courteney listens to the show. Take David back. Come on. What are you doing? You have kids together. You have Coco. Have another kid. Calm down. Is it so horrible he needs a mom? You wanted to be a mom, now you can be a mom! And he’s a stand-up guy, too. You know he can be an adult. If you yell at him enough…you don’t want him marrying Drew Barrymore and having babies with her. Take him back and stop the madness.”