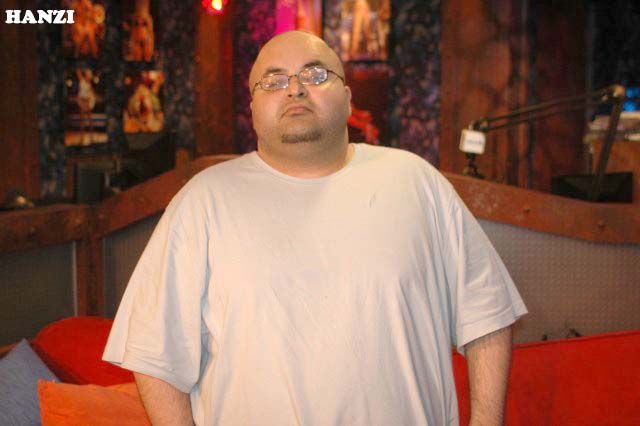 When Hanzi called this morning, Gary told Howard that Hanzi had called him over the weekend because he was afraid he might be killed or abducted at a party he was going to: “So he gave me the names of the people…like ‘Here’s a list of who you should look into.'”

Howard laughed that no one would miss him: “First of all, if something happens to you, we’re not looking into anybody.”

Howard joked that Hanzi must be an abduction risk at all times: “We gotta disguise you in case your public comes after you.”

Robin thought a disguise might do Hanzi some good: “He looks strange.”

Hanzi didn’t think the staff looked much better: “With Jason and Richard Christy, you got a Calvin Klein ad.”

Howard agreed: “We’ve got some crew. I mean, looks are not our strength…you’re right. There are no Calvin Klein ads running around here.”