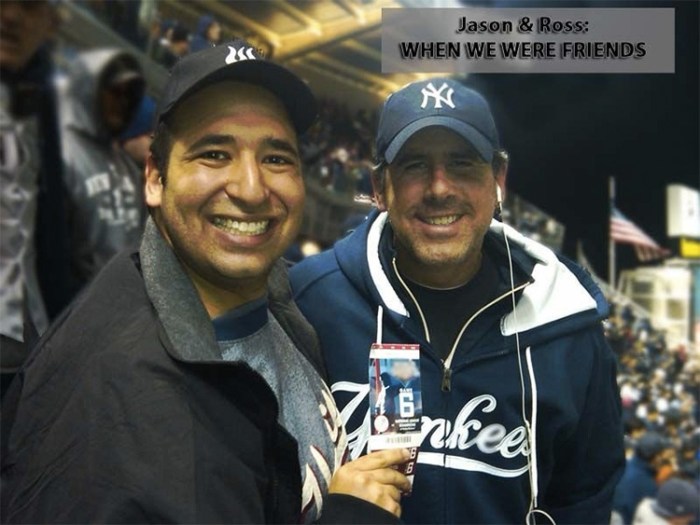 Howard played a clip from yesterday’s Wrap-Up Show in which SiriusXM VP Ross Zapin lit into Jason for exposing his attempts at regaining access to the staff bathroom:

“I’m so over you. Lemme just say something. Professionally we have to work together and I’m not gonna hold a grudge. I’m not gonna be mean. But I listened to what you had to say earlier in the show. You’re not my friend.”

Later in the clip, Ross explained how he felt betrayed–not by the fact that Jason had revealed his efforts, but by the way Jason characterized them: “You crossed the line today…you’re a co-worker and I’ll treat you as such but you went to another place today…to hear the way you commented on it? That wasn’t cool.”

Jason thought it was ridiculous to end their friendship over a simple ‘give Ross a [special-but-useless] wristband’ joke, but Ross shot back: “We never had a real friendship. You’re dead to me.”

Howard said he understood why Ross was so upset, as a private bathroom would be attractive to anyone: “I’d be scrambling to get myself in there. I get it.”