A racist politician calls in, plus a girl stops by the studio who claims to have dated Ryan Seacrest 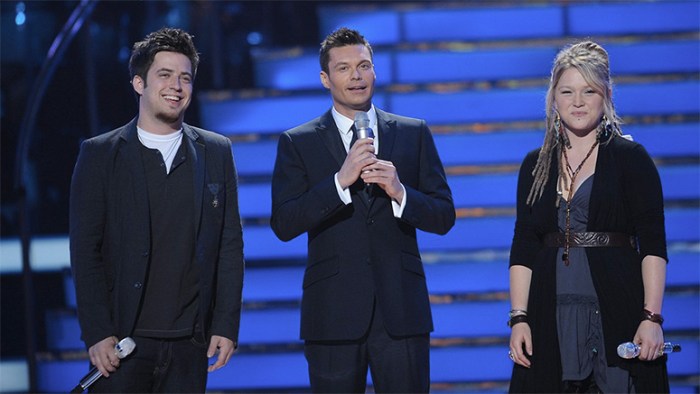 Today on the Stern Show: Howard looks like a fortune teller after correctly predicting that Jenny McCarthy and Jim Carrey would eventually split; King of All Media reveals that he was almost put in a Conan-like situation after Rupert Murdoch offered him a late night TV gig on Fox; a caller asks whether the Stern Show will continue in 2011; Howard figures out that several of his staffers, including Jason and Jon, are technically obese; the show gets to the bottom of whether or not Fred’s daughter calls him Eric; Glen Miller, a racist senate candidate from Missouri calls in; plus a woman claiming to be Ryan Seacrest’s girlfriend stops by and shares stories from the sack.