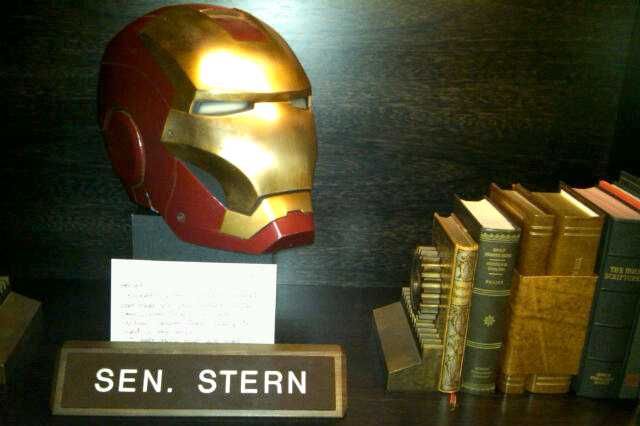 Ralph called in to one-up Howard again. Actually, is yours made of metal? Mine is,” he said. Howard answered that in fact his mask is plastic.

Howard complained that he’d even thanked Jon with a long note and a photo of his bookshelf display–even carefully selecting the books visible in the photo: “There’s a Thesaurus and a dictionary and quotes from the Bible.” Howard said he’d soured on Iron Man memorabilia.