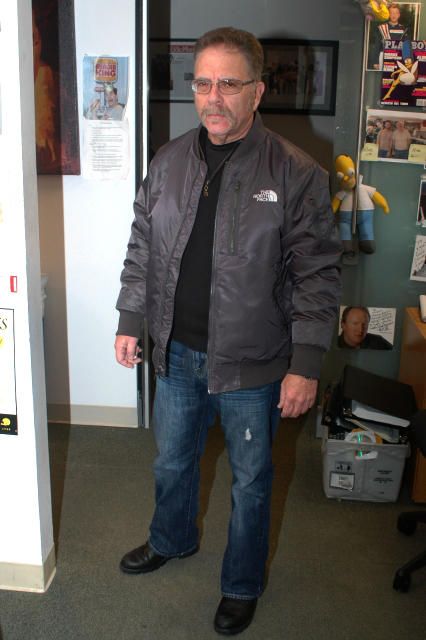 Early in the show Howard complained that he had forgotten his phone and hated that he couldn’t get in touch with anyone because he was so attached to his phone.

Ronnie came in to volunteer to drive back to Howard’s apartment to retrieve the missing device. Before he could go though, Howard had to comment about how Ronnie got to wear casual clothes and drive his truck today because of the snow and he was always looking for excuses to drive it.

Howard added that if anyone else needed Ronnie to go get anything for them, he was sure Ronnie would be.

Later, during a break, Robin gave Howard a birthday card and when he opened it it started playing ‘Thank You For Being A Friend’ and Howard complained that it kept playing, even when he closed the card: “I just want to jump out the window.”