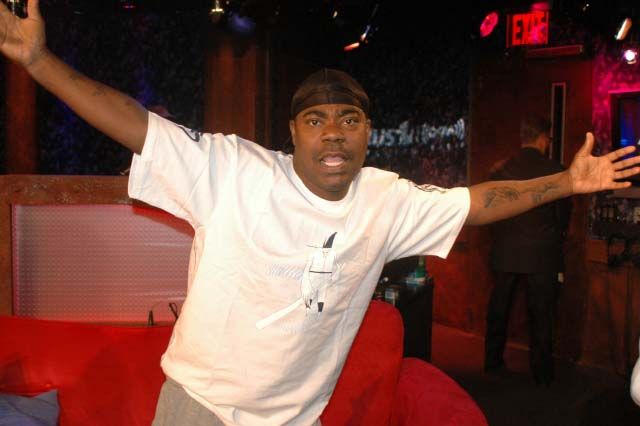 Howard said he was at Friday’s big Knicks-Heat game and had the pleasure of being seated next to Tracy Morgan: “He makes jokes the whole time.”

Howard said he and Tracy even bonded at one point, and when Howard grabbed Tracy’s hand as a sign of support, the paprazzi snapped a photo: “And there’s me and Tracy holding hands at the game. We were having a bro moment.” Howard looked at the photo–it was published widely–and laughed: “That’s the dream. Martin Luther King had that dream that one day, a white man and a black man could hold hands together at the Knick game and not be ridiculed.” After Howard asked Gary to procure a print of the picture, Robin told him to caption the frame: “You should put, on the picture, ‘The Dream.'”