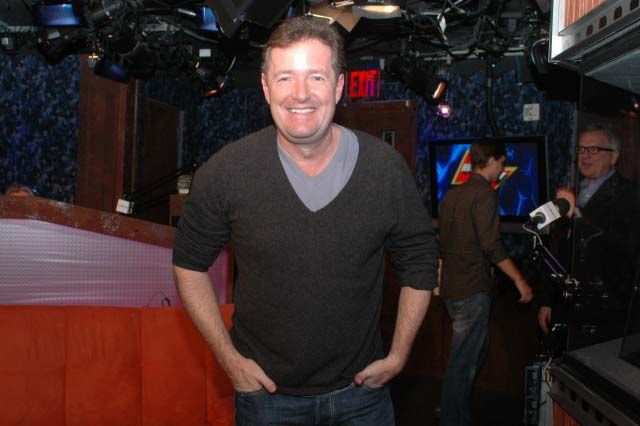 Howard invited Piers Morgan into the studio and told Robin that Piers was intensely competitive: “He even wrote me last night and said he wants to play chess today on the radio.” Robin thought it was a desperate ploy: “He’s got to beat you at something.” As Piers sat down, he asked why Howard was so upset after their CNN interview: “Things went horribly wrong, apparently?”

Howard said it wasn’t that the interview went wrong–it was that Piers promoted it as a kind of showdown for the ‘King of All Media’ crown: “CNN reaches 350 million people. You don’t.”

Howard told Piers to first be #1 in his time slot: “You beat [Hannity], then you come after me.” Piers thought he’d hit a nerve: “You’re worried. You’re worried about me!”

Howard laughed. Piers insisted he was already bigger than Howard, citing CNN’s international exposure, but Howard was unimpressed: “Do I care if you’re number one in the Congo? I’m talking about the greatest market in the world. The United States of America.”

Howard said the ‘King of All Media’ wasn’t just anyone’s to take: “You have to prove it first.”

Piers promised to keep trying: “I will not rest until I take you down.” Howard said it wasn’t much of a title anyway: “The crown is a crown of shit. I was making fun of Michael Jackson. The King of Pop.”