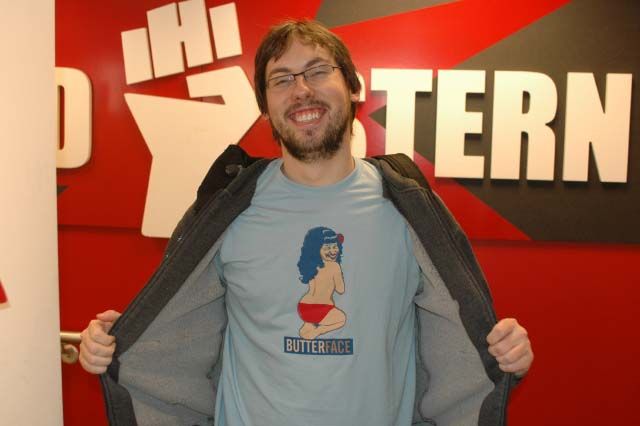 Steve nodded: “This is a woman who does videos on the Internet about cooking.”

Robin was disturbed, and turned to JD: “Are you a perv?” J

JD said the incident had occurred last April, when he’d been struggling socially: “[When] basically talking to people or girls just doesn’t work or whatever.”

Howard thought JD should not turn to the Internet during those times: “You’re going to a very dark place.”

Robin wished Howard would be more stern: “I think you should be talking to him like a probation officer. He sounds ridiculously close to committing crime.”

JD was shocked by the crew’s reaction: “What is going on?”

Gary came in to say they wanted to help: “It’s like an intervention. That’s what’s going on.”

JD thought he wasn’t engaging in any kind of risky behavior: “I’m 31 and I’m single. What do you want from me? I’m very socially awkward. I don’t like going out in public.”

Robin continued: “All a girl is to him is somebody who might suck on a piece of plastic. Oh! I’m so–I’m worried about him.”

Howard told JD that he needed to leave the house more often: “You need to get out there.”

JD said he hoped to: “One day. I don’t see it happening, like, tomorrow.” Howard tried to dig deeper: “Do you think you have a problem with sex?” JD nodded: “Yeah. for sure. I’m just inexperienced.” Robin couldn’t see past the kink: “I’m looking at him. All I see is [Robert DeNiro in] ‘Taxi Driver.'”