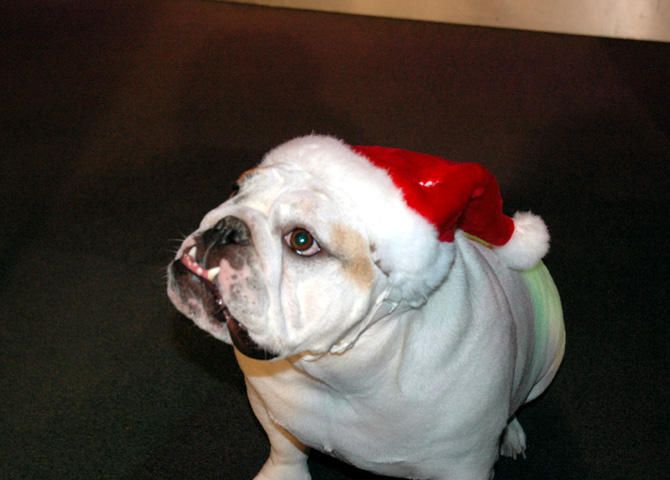 Nikki Moustaki called in to explain that she’s eating dog food for a month in the hopes that Ohio will pass a bill imposing strict new animal abuse laws. Before she could get too far, Howard introduced her to an in-studio guest, ‘Kun Ni Lao,’ a man who eats dog.

Kun told Nikki–who didn’t recognize the fact that Kun sounded a lot like Elephant Boy–that he loved the taste: “You’ve never had a meal until you’ve had dog with barbecue sauce on it.”

Kun asked if eating dog food changed the smell of Nikki’s farts, but she denied it, saying she only ate dog food for one meal a day: “It’s like a really good dog food. It’s not a can of Alpo or anything like that…it tastes, like, really bland. Like a bland Campbell’s soup.” Kun said he’d rather have “rack of ribs of dog…I only eat ugly dog.”

Howard questioned Nikki’s methodology: “I think there’s other ways of getting attention–and I admire your passion–but eating dog food? I don’t understand. Well, it got me to call you.”

Nikki said she ate her meal on YouTube every day: “I’m mostly eating out of the package because I’m lazy but I have made it into quesadillas.”

Kun said he understood her passion: “I cried my eyes out at ‘Marley & Me.’ When the buried the dog instead of eating it, it broke my f’ing heart.”