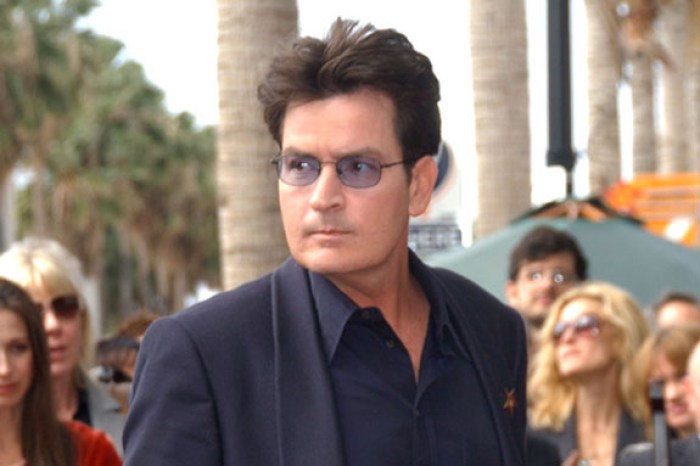 In one clip, Charlie blamed the cancellation of “Two and a Half Men” on writer-creator Chuck Lorre: “Maybe if he wasn’t focusing on three shows, two that suck and one that’s everybody’s favorite,” he said in the clip. “We’re the reason those shows exist or even have an audience.”

Howard sided with Charlie on that point. “I do agree with him that he showed up for work in the condition he’s always shown up in. And CBS has always paid him,” he said.

Co-host Robin Quivers disagreed. “The man is deteriorating! No. He shows up and they have to figure out how to use him,” she said. “They can’t say, ‘Charlie you’re going to walk into this scene and do blah, blah, blah.’ They got to sit Charlie on the couch!”

Howard insisted CBS was in the wrong. “They’ve continued to support him in this lifestyle,” he said. “I say put him [back] in the show and lets see what happens. I’m saying he’s still entertaining as hell. Get the cameras rolling. I might have to watch this show now. Just to see him when he’s working.”

Tiger Blood on the Line

And then, like magic, Charlie Sheen called into the show.

“Why are you wasting time screaming at the world?” Howard asked.

Charlie insisted he was just trying to get CBS to pay the “Two and a Half Men” crew while it’s on hiatus. “I have to right this unconscionable wrong. I have to take a stand,” he said. “Many people are suffering and I’m the only guy who can effect a change.”

Charlie said he’d already successfully gotten CBS to pay the crew for four of the eight cancelled episodes. “I parked all my manic behavior and got right to the point,” he said.

Chuck Lorre, the “Two and a Half Men” producer, had apparently otherwise refused to answer Charlie’s “very basic questions.” But Charlie said his fight was not over. “My goal is to get them [the crew] paid for all eight,” he said.

Charlie told Howard he didn’t care how much damage his fight would do to his public image. “I don’t have much of a reputation left to ruin,” he said.

Howard saw a window there and asked why Charlie would pay for women. Charlie stopped for second. “I don’t know. That’s a whole other segment,” he laughed.

Charlie referenced his father’s role in “Apocalypse Now,” so Howard asked if Charlie watched the film to feel closer to the film’s star–his father.

Charlie laughed. “Wait a minute. Are you my therapist? What do I owe you?” he said, explaining he didn’t see much of his father on screen anyway. “I’m not really watching him in the film. I’m watching Captain Willard, you know?”

Getting back to “Two and a Half Men,” Charlie said he wanted CBS to stop trying to manage his personal life.

“As long as I’m delivering and hitting every mark and killing every joke, why are we even having a dialogue?”