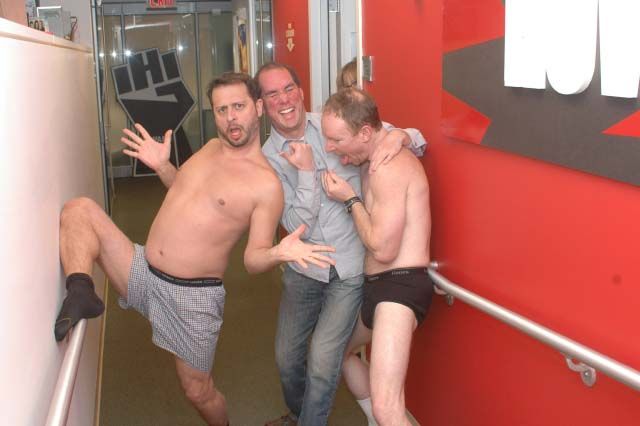 Mike said he preferred to hook up with fresh meat (“It’s always somebody younger.”) and often used Grindr, a location-based iPhone app, to find gay strangers: “This is the greatest invention ever…you log on it [and] shows you the 50 nearest gay guys.” Sal laughed: “It’s like Zagat for cock.”

Mike said it wasn’t always a sure thing: “I would get laid a lot more if I wasn’t so picky. I like them to be a lot younger than me.”

Howard asked how many guys Mike had hooked up with since coming out, and Mike tried to recall: “I haven’t counted but maybe, like, ten.”