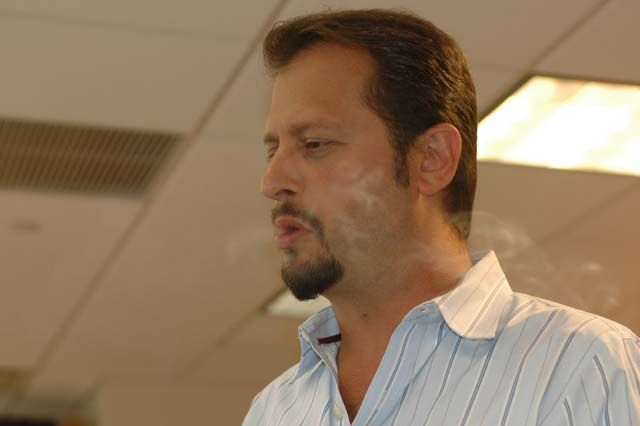 Sal said he’d recently punched some of his issues into Symptoms.com and learned he suffered from “depersonalization derealization,” which was a relief: “I thought I had a brain tumor.” Asked for more details, Sal explained: “I’m having out of body experiences…I am floating on the subway sometimes.” Sal said his symptoms could also be due to another illness: “I think I suffer from a light version of the Candida virus.” After reading about it on a message board, Sal has begun wearing a napkin around his penis to prevent the candida yeast from spreading: “Every morning I wrap my penis in toilet paper…it looks like a little turban around my dick.” Robin shook her head: “You’re getting very close to Ass Napkin Ed territory.” Sal agreed: “I’ve really developed a little bit of ‘hypochondriosis.'”