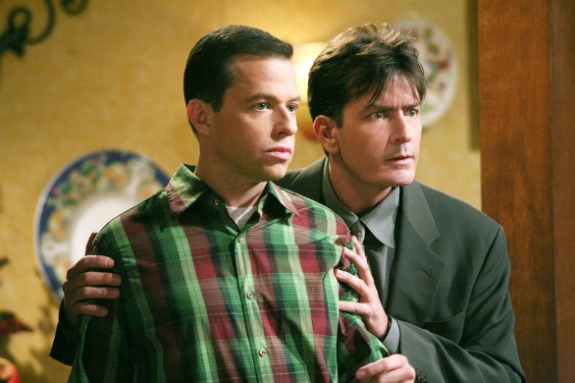 Early in the show, Gary said he’d texted Charlie Sheen last night and relayed Howard’s offer: a microphone in Sheen’s house he can use to broadcast over Howard 101 with just the push of a button. Sheen had texted back 3 words: “Interested. Radical. Winning.” Howard was pleased: “So it looks like Charlie might be on board for that.” Robin thought an unedited look into Charlie’s world could be enlightening: “He always says, if you’re coming into his world, you’ve got to suspend judgement.” Howard thought he’d like a dose of Charlie’s ‘Charlie Sheen’ drug in himself: “Not all of it, because I couldn’t handle it.”

The Sheen or Manson game

By the Glow of His IPad