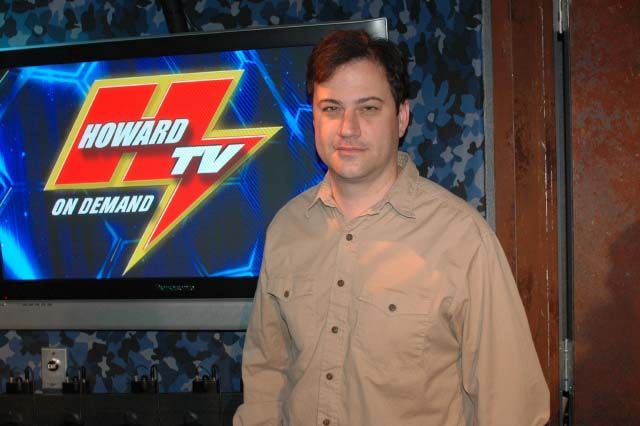 Robin said she’d watched Howard’s live-via-satellite appearance on “Jimmy Kimmel Live!” and was shocked at how poorly he’d been digitally inserted into the frame.

“Jimmy’s looking at your right ear. It was very funny how they were matching up the two shots. People don’t look at TV all that critically,” Robin said.

Howard laughed that some viewers were actually fooled into thinking he was really there. “A lot of people really thought I was there. And I was like, ‘You think I really tongue-kissed the guy?'” Howard said.

Lisa G, who was at the taping, said Howard endured many more headaches with the remote interview than he would’ve in person. “You were a good sport about the technical problems,” Lisa told Howard.

Howard agreed, saying it was more work than it was worth. “I couldn’t hear Jimmy. I couldn’t hear the audience … it’s almost an impossibility to do,” he said.