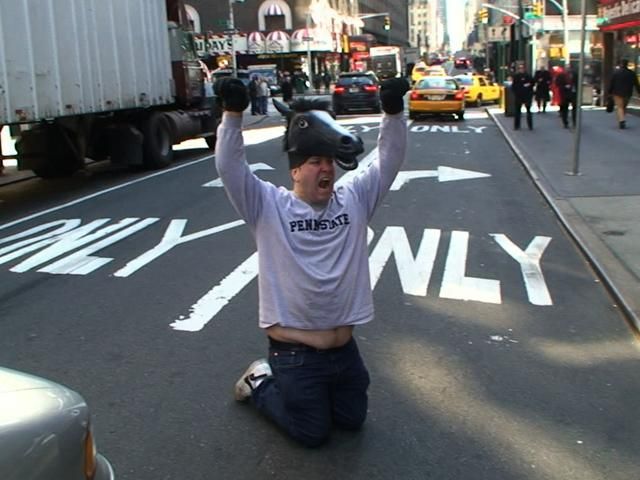 Howard played some clips from last week’s Intern Show in which the interns described the “weird” phone calls Benjy makes in the bullpen, but Benjy began ranting that the interns were full of it.

Annoyed, Howard shut off Benjy’s mic and summarized: “Benjy puts on a show for the interns to show them what a bigshot he is.”

In the background, Benjy could be heard yelling: “I was using the f’ing phone! I’m sick of this crap!”

Howard said Benjy’s bizarre behavior also manifested at a recent HowardTV shoot: Benjy crashed another TV shoot and claimed to be horse–refusing to leave until security addressed him as such: “You can tell they just want to hit him in the head…years ago, Benjy would’ve just been dead.”

As Howard watched Benjy finally leave the scene–galloping into traffic on all fours–he turned to Benjy: “Don’t you care about living?”