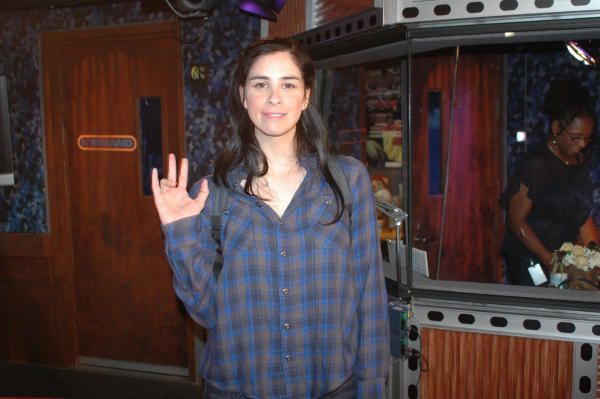 Asked about the time she met President Obama, Sarah she’d once made a video for his campaign and was later asked to meet him in a hotel hallway: “I was waiting in a–almost like a hallway that he was walking through and would, like, meet me on the way to another thing.”

When she wrote about it for her book, the White House had refused to confirm the story, telling her fact checker: “For what? That was a private meeting.”

Sarah said she and the President talked about movies when they met–he expressed a distaste for “bloody of scary stuff,” so Sarah joked that she hated Pixars films: “The thought of a lonely robot in space kills me.”

When the President didn’t agree, Sarah blurted out that she was going to be naked in her next film: “I was so embarrassed. I had no control over my mouth.” Sarah said the President ended their meeting by commenting that he’d have to get a copy of that movie.