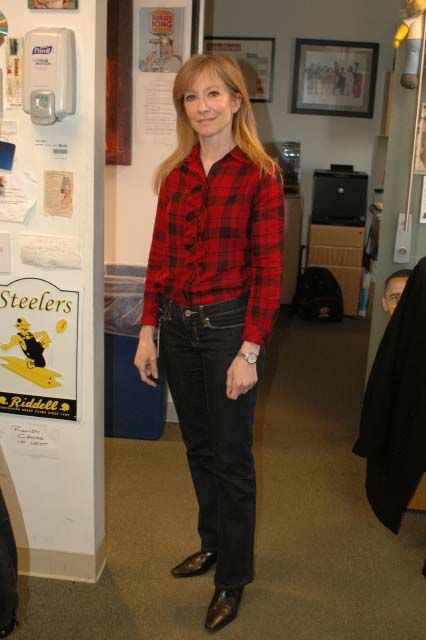 When Lisa G came in with the headlines, Howard noticed that she was being trailed by Caroline, one of the show’s interns.

Caroline explained that she was following Lisa all day as a learning exercise: “I want to be a reporter one day.”

After learning that Ronnie had cleared Caroline to follow Lisa into the studio, Howard threw up his hands, worrying that the ‘Smiles’ issue had re-surfaced: “What is with this guy?”

Ronnie came in to say he had only gotten involved as far as letting her into the studio from a security stand-point. Ronnie then passed the blame back to Lisa, so she joked: “Isn’t midget school in session? You’re late.”

Ronnie thought Lisa had cribbed line from Jackie ‘The Joke Man’ Martling, so Lisa shot back: “Yeah, I got Jackie’s Joke Box. If you stand on it, you’re still not tall.”

Caroline said she’d been learning a lot from Lisa: “She gave me some dating advice too…Lisa said to take it slow.”

Howard laughed that Lisa was one to talk: “Wait til you’re 60 to get married?”