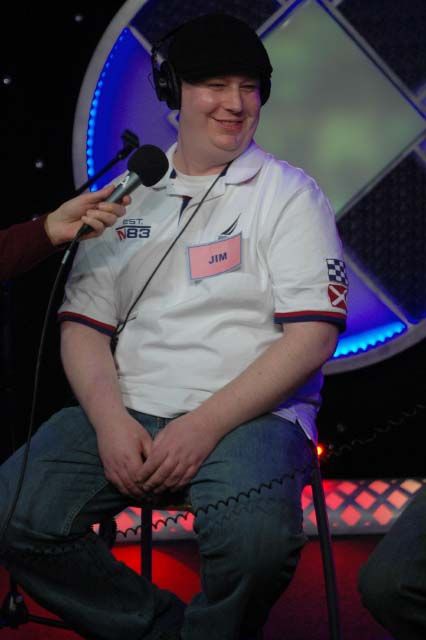 Howard introduced the World’s Saddest Listener contestants, starting with Jim: “You’d like to feel her up, right?”

Jim shrugged (“Yeah, I guess.”) that he was only 30 years old, but already suffered major circulatory issues: “I had a massive heart attack due to a blood clot. I have a rare blood disease.”

After the heart attack, doctors tried to surgically implant a stent in his heart–and he died on the operating table. Jim said he was gone for 8 minutes, but missed out on any after-death experiences: “Just peaceful. That was it.”

When he came back, Jeff had blood clots in both legs. Now he can’t work: “If I sit for too long or stand for too long I get severe swelling in both my legs and it’s very painful.”

The hell of his daily routine once led him to attempt suicide: “I have to stay in bed for four or five days for the swelling to go down to even do something…it takes me 2 or 3 hours to even get out of bed in the morning.”