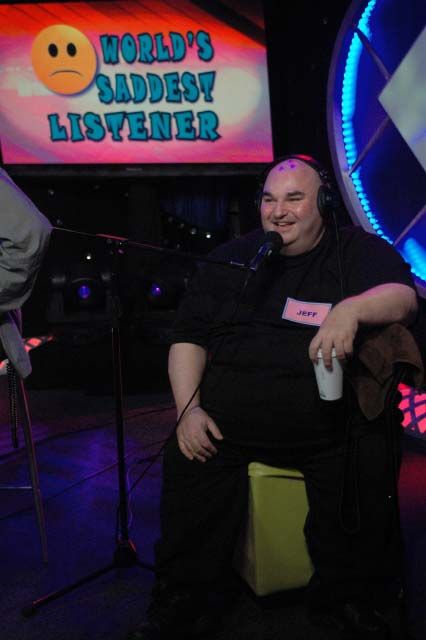 The third contestant, Jeff , said he weighed over 400lbs and had difficulty wiping his ass: “It’s a process…it’s kind of like butt-flossing.” J

eff blamed his weight on both a poor diet (“I’m not vegucated like Robin.”) and an addictive personality: “In the 80s [and] the 90s, I was like Charlie Sheen. You know, banging 7 gram rocks. I could go through a suitcase of cocaine.”

He quit cold turkey and turned to Charleston Chews: “Food became my addiction.”

Jeff said he’s since had his stomach stapled–the botched surgery leaked food into his body cavity, causing major infection problems–and suffers from microphallus, a condition further hindering his ability to even see his penis: “It looks like a vagina with a huge set of balls…the head is completely inside.”

On a final note, Jeff said he hadn’t been laid without paying for it since his 25th birthday: July 23rd, 1989.