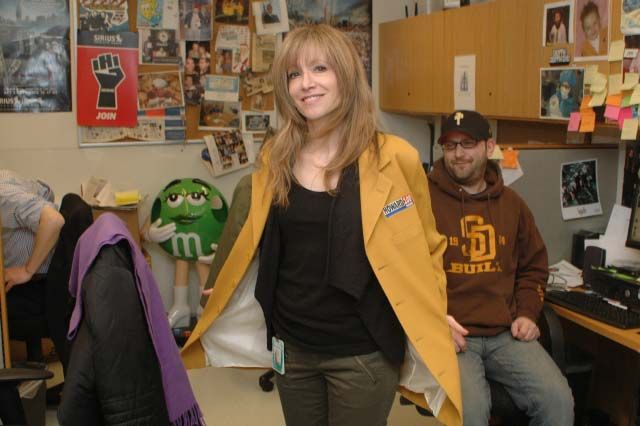 Lisa G, who has worked at both stations in the past, came in to say she’d once been party to the stations’ rivalry: “You’re right. It was a war.”

Lisa said Cee’s sexuality had long been fodder for rumor-mongering–Wendy Williams has repeatedly accused him of being a closeted homosexual. Lisa took Power105’s side in this war, saying Mister Cee should’ve been more honest with his audience: “He was living a double life. He wasn’t being himself.”

Howard disagreed, saying the homophobic and anti-gay jokes made on the Power105 morning show were cowardly–the show’s funnyman is just piling on a defeated opponent: “He knows Mister Cee will be Mister Unemployed.”

Howard said he’d been in a few (real) radio wars himself and offered to help forge a peace treaty: “These young African American gentlemen should come in here and I’ll try to make sense of this.”

Game Time: Who Would Little Lupe Rather?