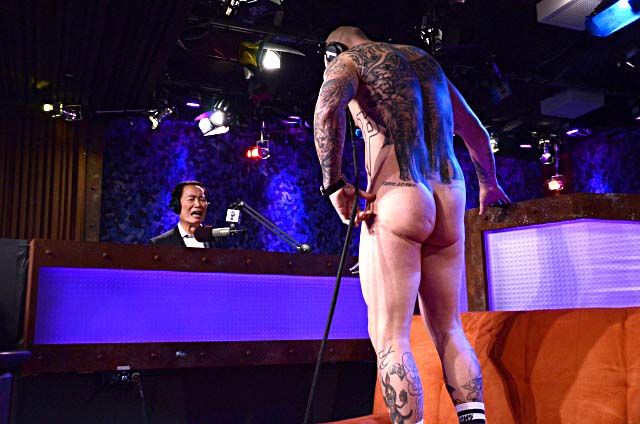 Howard thought George was subconsciously trying to light a fire under Brad’s ass. “In some way you’re hoping that Brad will get back to his old fighting weight,” Howard said. George agreed but said his motivation was mostly sexual.

“When you have a Jason Ellis standing there absolutely naked, in magnificence, in his full glory, other thoughts just disappear,” George explained. Robin asked George to clarify.

“If Brad was the Adonis that he was [when we met] today, I still think I would’ve responded to Jason the way I did,” George said. As the crew then watched footage of yesterday’s stunt, George wished HowardTV had gotten a good shot of Jason’s ass.

“He’s got that firm, round, beautiful, cheeky cheek,” George said.