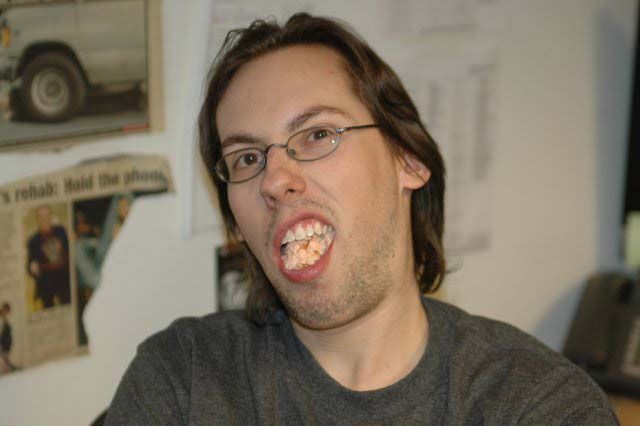 Howard learned that JD’s visit to the dentist last Friday had unearthed a similar growth–under his media producer’s tongue–and offered his services: “I’ll pop it like I did that thing on my penis.”

JD said the dentist had also found 5 cavities: “It cost about $1,000…I was spitting out blood like a prize fighter.”

Howard speculated the he might have gotten the growth from performing oral on strippers and prostitutes and told JD to be careful who he went down on, as he could end up with ‘whore mouth.’