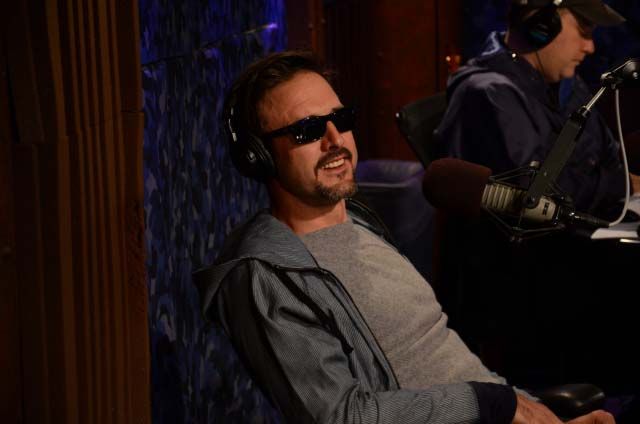 David Arquette stopped by–he’ll be sitting in all week to promote ‘Scream 4’–and told the crew he was fresh out of Malibu’s Promises rehab center, where he packed 3 months-worth of therapy into just a few weeks: “It was like mental bootcamp.”

David said he’d sobered up but still had work to do: “I’m still making mistakes. I’m still a big knucklehead when it comes to women.” David added that he hit bottom just after his last visit to the show: “I was at this club. And I was dancing around, acting like a maniac. And I went to do the kick-worm. That breakdance move? And I broke my nose.”