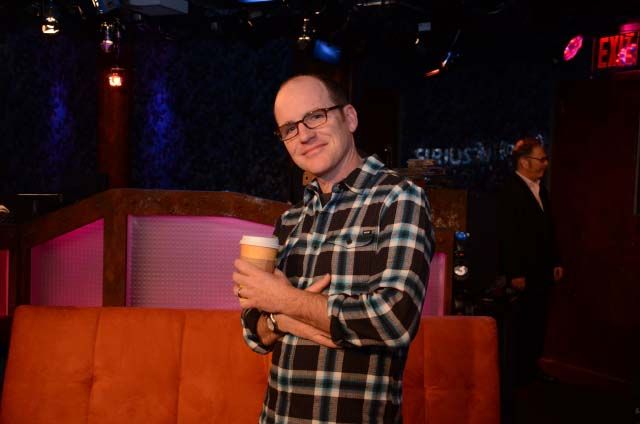 Greg Fitzsimmons stopped by to catch up with the crew and told them that he’d recently begun picking up gigs as a writer for black comedies–because, in Hollywood, once you do one thing, that’s what you do. His most recent gig was on a Jamie Foxx-produced sitcom: “And some of these dudes are hardcore–they’re real black guys. They’re King of All Blacks.”

Greg said he was constantly nervous (“I would just always say the wrong thing and they would laugh about it.”) but loved the hours: “You never have to be on time.”

Greg also told the crew he was often tempted to pick up trannie hookers when he sees them walking the streets–but just to talk: “I don’t want to do anything [but] I’m curious about learning about people.”

Before he left, Greg told a story: he recently had to take a shit in his car. Greg said he shoved a coffee cup between his ass and the driver’s seat and performed a perfect fill: “Even with the top of the cup. No spill. Nothing but net.”