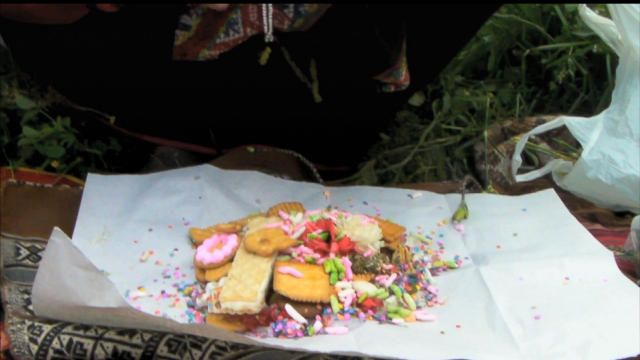 Early in the show, Howard watched a clip of a shaman rubbing his co-host Robin Quivers with candy, stones, and sprinkles during her trip to Peru. “I’m wondering if I should do some kind of intervention … I don’t know what you’re looking for,” Howard told Robin.

He then played a clip from Seth Rogen’s most recent appearance on the Stern Show in which he stated he would never try ayahuasca after hearing about the experience some friends had with the hallucinogen.

“I would never do that shit after listening to what they went through,” Seth said in the clip.

Robin, who did try ayahuasca, insisted she was of sound mind. “It’s not a pulling. You get to see what people are doing in another world … I want to be a spiritual reporter. Going out and finding these things and bringing them back and showing them to people.”

Asked to clarify what she learned, Robin explained, “I learned we all are suffering. We suffer from the BS we force ourselves to live through.”