Howard's puzzled at Beth's billing on her new show. 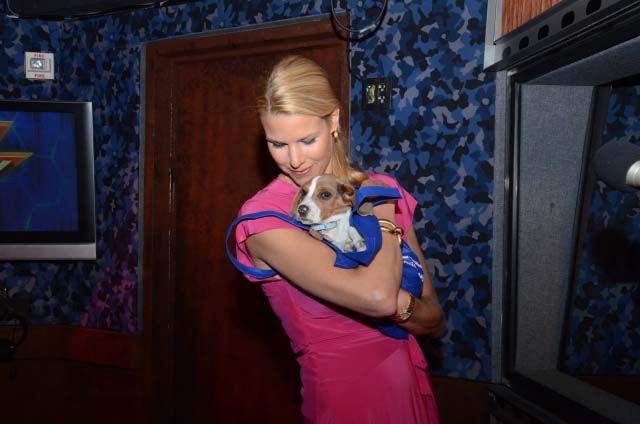 Early in the show, Howard complained that Beth was being billed as Beth Ostrosky-Stern in promos for her new TV show–a name that was news to him: “If you were asking me, ‘What’s the one annoying thing about your wife?’ It’s [that] I don’t know what her name is.” A caller named Pete, thought Howard was being insecure, so Howard clarified: “Not insecure, Pete–I just think, when you’re married to someone, you should know what their name is.” Howard continued: “I think she’s got some hang-up about fully becoming Beth Stern, quite frankly…I would like her to have my last name, but I can’t force her to [take it].” Beth later stopped by with a puppy that needed adopting…and to assure Howard that she was Beth Stern: “What would you like me to be?” Howard said Beth Stern, so Beth announced: “Ok. Done…why don’t I legally change it and then there will be no more questions.” Howard was confused: “I thought you did.”