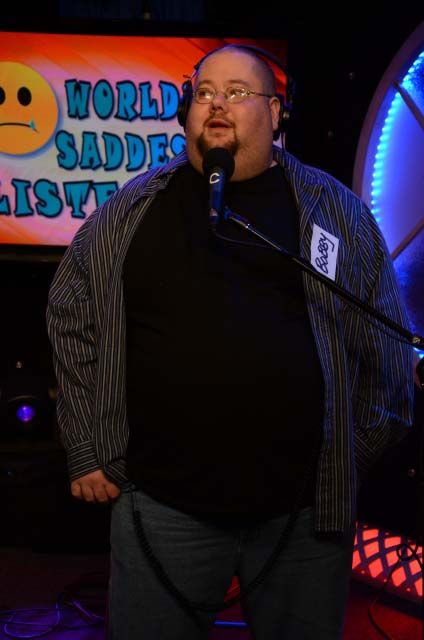 Bobby said he questioned his sexuality for a long time, going so far as to marry a woman–a huge woman. He came out after trying to go down on her and finding shit in her vagina: “She died last year and left me $1,000.” Bobby went on to detail loss after loss, including two heartbreaking botched adoptions, a fatal hit-and-run that took his boyfriend’s life, an exploding gall bladder, and finally, his current boyfriend, a Lebanese man whose family was bombed by Iraelis. Things haven’t been the same since he found out Bobby is half-Jewish: “He hates Jews…he beats the hell out of me.”