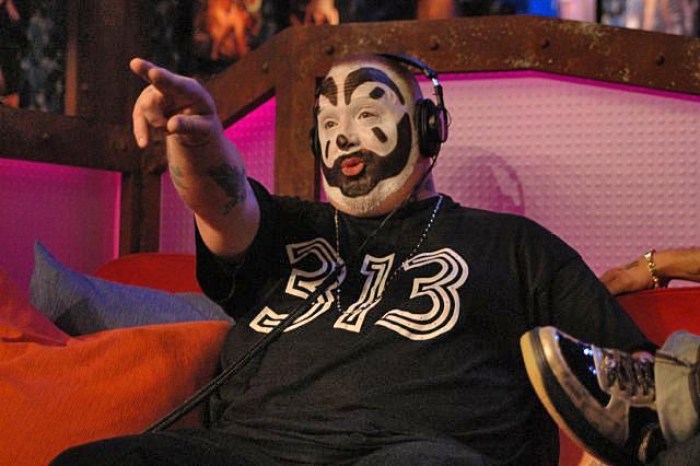 So is anyone in Insane Clown Posse in a relationship? Violent J said he was newly single. “I consider myself one of the hottest players in the game right now,” he told Howard.

Shaggy 2 Dope said he was single, too, and both admitted to hooking up with groupies when they were between relationships. Only Shaggy confessed to doing it in full ICP makeup, though.

“One time in my life,” he admitted. “It was the worst experience of my life. Because the broad would not stop staring at my face.”

Asked about the incident involving Tila Tequila at a recent Gathering of the Juggalos, Violent J shrugged, “She should’ve caught the hint right from the rip. She kept saying … ‘I ain’t no whack bitch.'”

Shaggy agreed, adding, “When a security guy gets hit in the head with a rock, it’s time to leave the stage … she had ample time to bounce before shit got out of control.”