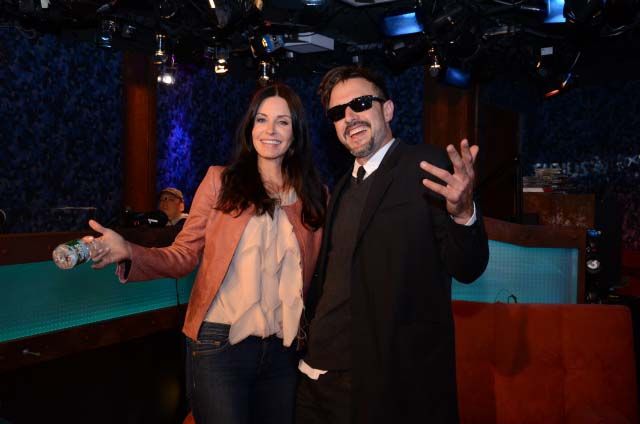 While he had him on the line, Howard said he was confused by the sight of David and Courteney holding hands at Jimmy Kimmel’s most recent party.

David said he was still struggling with the dissolution of his marriage. “And I can’t sleep. You know. [I’m] going crazy but it’s all good,” he said. “We see each other but it’s mainly parental stuff.”

Howard tried to get Robin to help ease David back into the dating life, but Robin refused. “I don’t want him rebounding on me,” she said.

David, on the other hand, loved the idea, jokingly telling Robin, “I’ll rebound all over you!”

Before he hung up, David repeated his praise for the Navy SEALs who tracked Osama bin Laden down.

“The world is a lot less evil with that bastard gone,” David said of bin Laden.