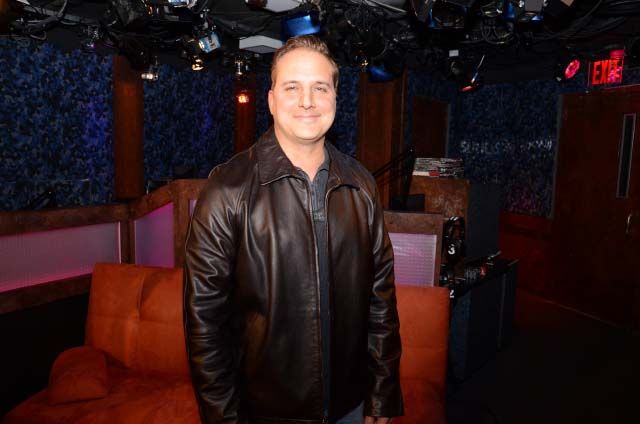 Nick DiPaolo stopped by to promote his new comedy special, ‘Raw Nerve,’ and immediately had to answer for his ‘road comic’ status: “I’m not exactly a loser! I mean, c’mon.”

Nick also had to explain his obviously-dyed ‘do (“I still do TV a little bit…it’s showbiz.”) and frequent use of the n-word: “I’ll use it in my car if somebody cuts me off. So will you and so will Robin.”

Howard insisted he would not, so Nick joked: “I guess you don’t bet on NBA basketball.”

Nick disagreed: “It’s my wife’s job to unclog that artery.”