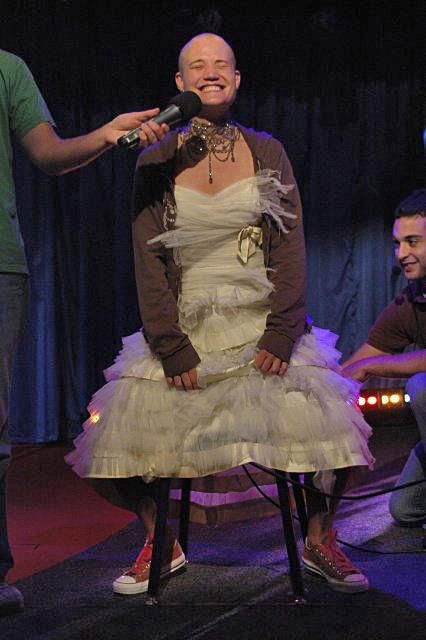 Howard begged Bingo to tell him instead, so Bingo confessed that she’d only strayed twice in six years: “And it was a very drunken moment…it was the school bus driver.”

Bingo explained: “I got wasted and went down to the high school football game…I bit one 13-year-old kid and grabbed his trombone and then I was marching up and down the sidelines, soloing–and I don’t know how to play.”

When the school bus driver–who also happened to the band teacher–walked her home, she let him bang her as a friend watched via Skype.

Doug also revealed a few other stray details from their insane lifestyle, including his penchant for downers (“I go over the border to get prescription drugs. Like Xanax. For me.”) and Bingo’s eating habits: “She goes on diets like Robin but she makes ’em all up by herself.”