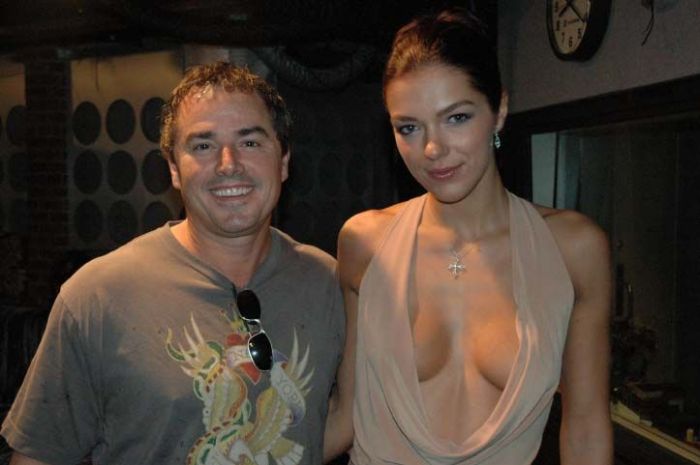 Adrianne said they’ve had a lot of low points in their marriage, including the time she discovered Chris was calling one of his exes: “We worked through it…I already retaliated by just being in his life. It drives the f’er crazy.”

Asked if she was still ‘in love’ with Chris, Adrianne waffled: “I might be a little out but he’s trying to get back in…we’ve had a lot of distance lately.” Adrianne said Chris was no stranger to marital difficulty: “My big joke now is, ‘I’m Mrs. Knight the third and probably not the last.’ You know, cause I always tell him, ‘I understand, now, why they left you.’

And I understand why we’re together. Because it’s very–it would be very hard for [other] people to put up with us…I frustrate him to the point where he’s smashing his face into walls.”