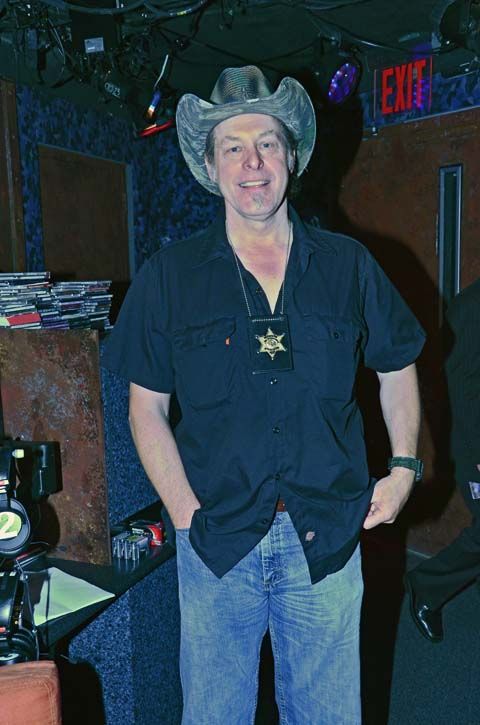 Howard said Ted seemed to have had some trouble with the building’s security, so Ted confessed that he–and his ‘special friends’–came packing: “I got some special friends with me. I train with the Federal Marshalls. I conduct Federal raids in Texas. We had to leave some hardware in the vestibule.”

Ted said perps often recognize him as they’re being arrested: “I go, ‘Nobody’s that good looking. Shut the f’ up.'”

Ted added that he was both a deputy sheriff in Michigan and reserve deputy constable in his new home in Texas.