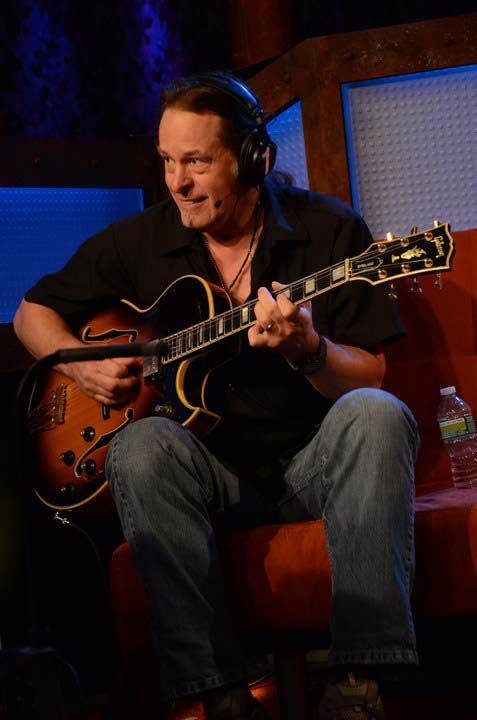 Ted Nugent stopped by to promote his upcoming tour and told the crew he was doing well: “I’m a comfortable man. I have my pilot here, if that means anything.”

But he recently had to relocate to Texas after discovering black mold throughout his Michigan home’s infrastructure: “We lost our home to that terrible mold. Our house was poisoned by the mold. My family got terribly sick. Where our dream house existed is a nasty hole in the ground.”

Ted said he couldn’t read music anymore–he now plays by ear: “I do not. I did in the beginning. It’s all about feel anyhow.”

Ted remembered another great player with killer instinct: Eddie Van Halen, who first caught Ted’s ear by securing an opening slot for Van Halen and playing “like Hendrix going mad” during the soundcheck: “It is all about the touch…when I picked [Eddie’s guitar] up, it sounded just like me.”

Ted said he was honored to have such talent open for him but quickly tired of Eddie’s drinking: “I think drunk is cute at first, but then the next time, it’s not so cute. By the third time, it’s just a pain in the ass…he was always drunk and zombied and couldn’t communicate and one of those stumbling party fools.”