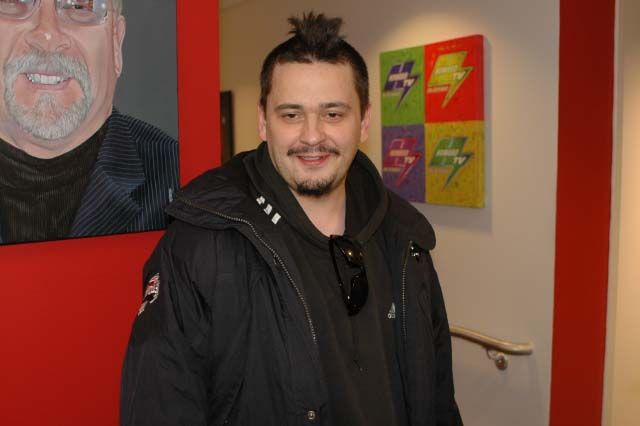 Ass Napkin Ed called in to say he didn’t remember, but he supposedly fell on his face while attempting to join Shuli on stage at a recent comedy show: “I was on my medications.”

Ed busted his lip open: “I think I got an ‘affection’ from that.”

Ed also said he’d lured a foreign woman to the States to stay with him–and work for his (imaginary) food cart business: “I told her I was going to hire her off the books.”

Shuli said the poor woman left–in tears–after just a week: “He took her on a romantic trip to Niagra Falls and goes, ‘But first we have to stop at the liquor store. And then we’re getting on the bus.'” When asked if he’s managed to bang the woman, Ed answered proudly: “You know it.”