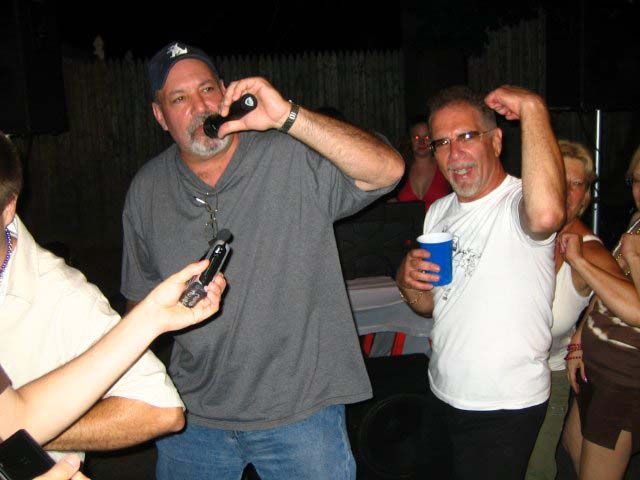 When he came in with the headlines, Shuli plugged ‘Ronnie’s Block Party’–this year, it’s a ticketed event in Allentown, PA–and listed the performers, including Ronnie the Limo Driver, Scott the Engineer and himself. Howard dismissed Scott the Engineer’s plan for a Q&A segment, so Shuli said he’d originally wanted Scott to sit in a dunktank: “He has a dunktank and he’s willing to set it up…he said he would do that.” Scott came in to say he’d only considered the idea: “I was…I said, ‘Let me think about it.'” Ronnie came in to report that Scott would also be DJing at the party–and planned to throw novelty sunglasses out as he’s spinning records: “He thinks he’s going to a Bah Mitzvah.” Scott shrugged: “We’re going to have a great time.” Howard turned to Shuli and sympathized, speculating that the event would feature a lot of yelling from Scott and Ronnie “and then you guys doing the heavy lifting.”