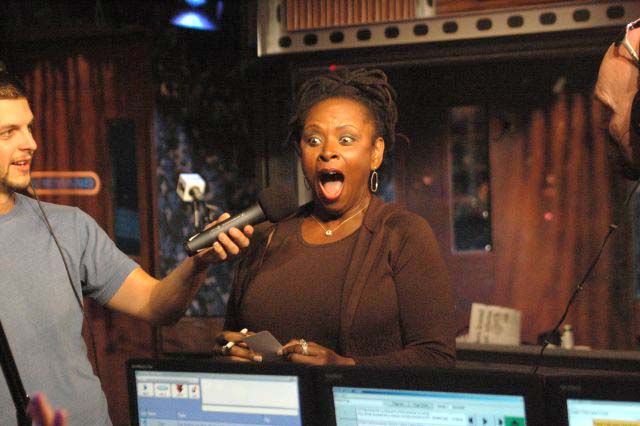 Todd said he was a big fan of the show, but he’d tired of Robin: “Robin, you happen to be one of the most misinformed quote unquote reporters out there…I don’t know what’s happening to her. It’s like the wheels have come off [with] the interruptions and the misinformation. It’s shocking.”

Howard asked Todd to be more specific, so Todd cited Robin’s tendency to “interrupt what you say and immediately repeat.”

Robin thought Todd was just bitter about her report on his last film’s relative lack of success. Asked why he’d approached someone like Mel Gibson to play ‘The Hangover 2’s’ tattoo artist, Todd blamed Mel’s behavior on his struggle with alcohol.

Howard took issue with the explanation: “I’ve been drunk. I don’t say that shit.”

Robin laughed in disbelief: “He can understand Mel Gibson. I just said a few bad things about his movie.”