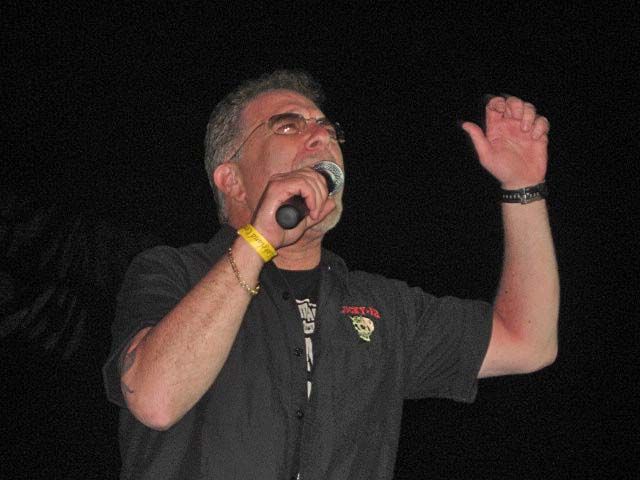 As Howard played clips of Ronnie and Scott’s on-stage banter, Ronnie insisted he was just trying to exploit his on-air persona: “I was trying to be funny!”

Howard shook his head: “What a show. How do you guys take money in good conscience?”

Ronnie said he’d gotten great feedback–on the Internet: “There was great stuff on Twitter yesterday from the fans that were actually there.”

Ronnie yelled at Gange for only playing ‘bad’ clips: “You don’t put anything good up! Ever. And don’t tell me there wasn’t any…you suck! Major! Everything is ‘swear to God’ and ‘I had nothing to do with it.'”