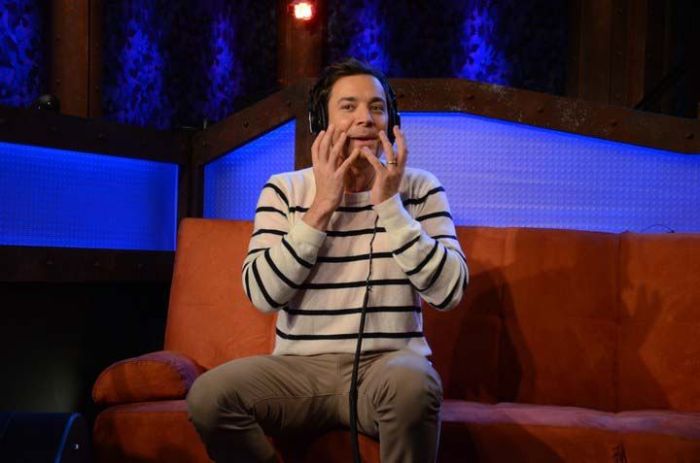 Jimmy Fallon stopped by to promote his new book “Thank You Notes” and told the crew about auditioning for “SNL” as an impressionist. “That was my thing … I was just an impressionist,” Jimmy said.

The first time he tried out for a spot on the late-night series, Jimmy performed as a variety of celebrities, each talking about the same troll doll (which had been given to him as a high school graduation present). Tracy Morgan eventually got the slot.

But “SNL” called Jimmy back for a second audition, telling his agent, “We want to see Jimmy again because we need an impressionist … but we don’t want to see the troll again.”

Jimmy did a refined version of his routine, ending with an impression of then-current cast member Adam Sandler. The Sandler bit did the impossible – it cracked up the infamously stone-faced Lorne Michaels (everyone had warned Jimmy not to worry if Lorne didn’t laugh at this routine, because he rarely does).

“He put his head in his hand and he started laughing. And I go, ‘How cool is that? Even if I don’t get it,'” Jimmy recalled.