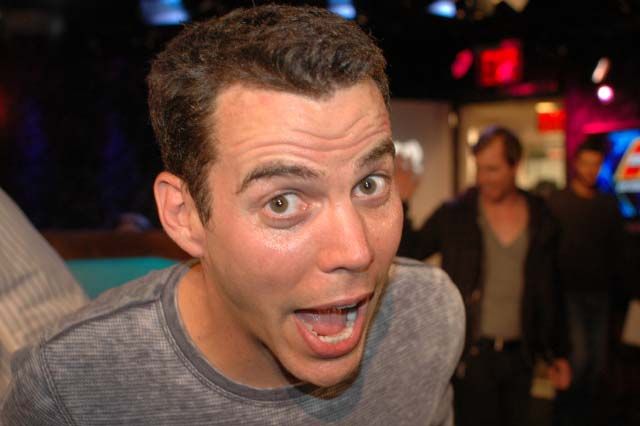 During his visit to the studio, “Jackass” star Steve-O also told the crew about showing his self-shot video compilation of sexual exploits to Paris Hilton (“That was like showing my skateboard footage to Tony Hawk.”), an aborted reality show with Clay Aiken, and the efforts Kat Von D made to save him from an inhalant binge: “She has like this maternal–she came to me really as a caregiver.”

Steve-O also related a coke-fueled conversation with Mike Tyson: “He asked me if I had any coke and I had a shit-ton of it…we were locked up in a bathroom for probably three hours.”