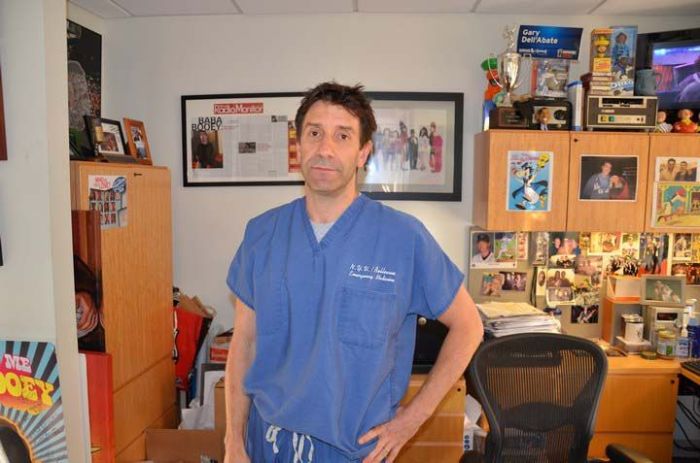 Doctor Radio host Dr. Billy Goldberg stopped by to qualm Howard’s fear that he had a tick in his ear, finding nothing with his otoscope: “I see some wax. Get some of those wax drops. Go to the pharmacy and get some Debrox.”

Dr. Goldberg said he’d never seen a tick in an ear, but he had pulled out several cockroaches: “It happens all the time in New York…it’s a cool dark place so they get in there and then they can’t back out.” A

sked to name the biggest thing he’d ever pulled out of a man’s ass, Dr. Goldberg immediately recalled: “An entire rubber arm. We actually couldn’t get it out. He had to go to the operating room.”

He’s also pulled a hardboiled egg and a giant carrot: “It was like a genetically engineered carrot. It was the biggest thing…they [always] say, like, ‘I slipped. I was making a salad.'”