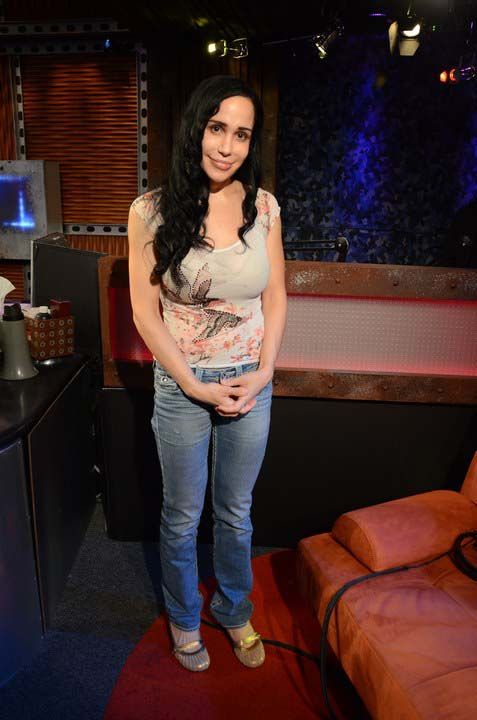 Howard asked if Nadya had any kind of sex life, but she claimed she was asexual: “I’ve always kind of been. Ever since I was little…I had [only] one boyfriend for five years.” She last had sex over 12 years ago: “And that was with the donor. The donor for all the kids.” To this day, she hasn’t had an orgasm: “I’ve never had one and I don’t want one. Because I feel that would be highly distracting.” Howard offered to buy Nadya a vibrator, but Robin thought she’d never use it: “The moment she takes off to have an orgasm, some kid will be crying.” Nadya nodded, saying she was fully consumed with caring for her kids in any way possible: “Whatever I can. So long as I don’t have to be naked.” Asked to name all her children, Nadya counted them off, holding up a finger with each name–unimpressed, Robin just laughed: “You know, you shouldn’t run out of fingers.”