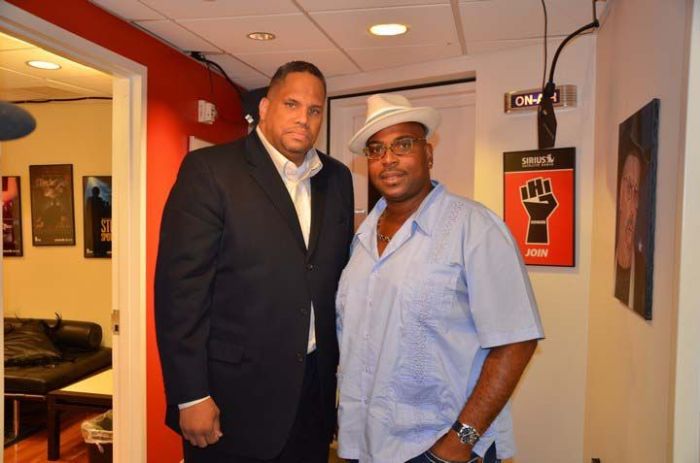 Late in the show, King of All Blacks stopped by with a match for Robin–his cousin, Noel, who was an hour late: “Better late than not late, you know?”

Howard clearly did not agree. Robin didn’t either: “It doesn’t make a good impression.”

Noel was honest about his low-paying job as a prosecutor/investigator for the Taxi and Limousine Commission: “It’s important. [But] it doesn’t pay enough.”

Noel then turned to Robin: “As I’m talking to you now, I’m looking at you. You’re smiling. It has to mean something.”

Howard laughed: “Robin, could you even handle all of that?”

Robin flatly declined so Howard tried to let Noel down easy: “She has a very dainty clitoris.”

Robin later said she didn’t think King had made a match: “I don’t think we’re gonna…”