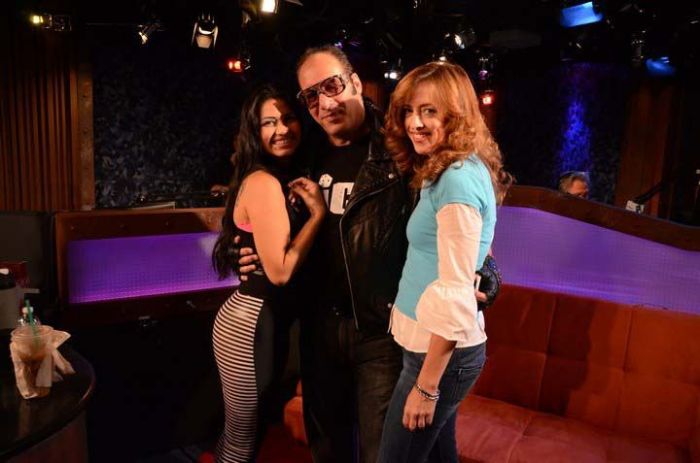 Dice also introduced his ex-fiance, comedienne Eleanor Kerrigan, saying she still opened for him when he’s on the road.

Eleanor said she and Dice had always had chemistry, but it never worked: “It’s not having sex with him. Living with him is horrible.”

Dice laughed that Eleanor was a part of the family: “She’s also there for every holiday. At our house.”

Before they left, Dice described their break-up (“It’s never mutual.”), sparking Eleanor to sneer: “Don’t get me saying real shit…” “