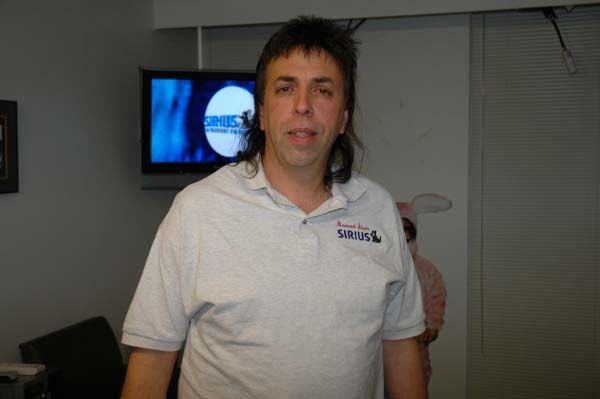 Howard started the show by taking a call from Bobo, who reported that he was in the hospital recovering from a probable heart attack: “I was getting some [chest] pains on the way to work the other day and I, uh, had to pull over. So…they had to do some tests on me. I’ve been in the hospital.”

Bobo whispered quietly, saying he was “hooked to all kinds of wires and stuff.”

Howard asked if Bobo would appreciate a surprise hospital visit, referencing the time Bobo lurked outside the maternity ward after the birth of Howard’s (1st? 2nd? 3rd?) daughter. Bobo laughed: “Oh you remember that, huh? Yeah, that was a joyous day wasn’t it?”

Howard shot back: “It was until you showed up.”