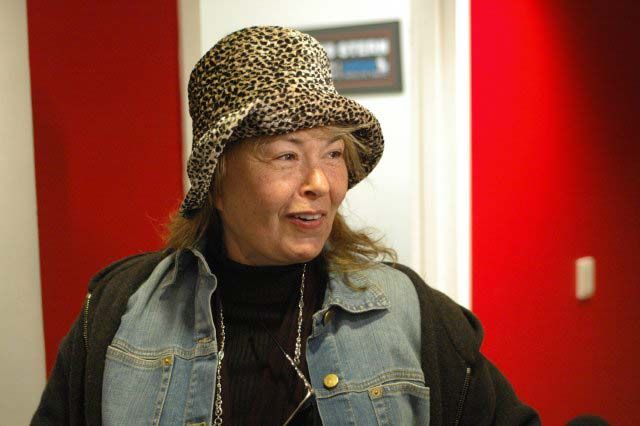 Roseanne Barr called in to the Stern Show this morning to promote her new Lifetime network reality show, “Roseanne’s Nuts”

“It’s 100 percent fake reality like all reality,” Roseanne told Howard. And while there’s money to be made in reality television, Roseanne denied Howard’s speculation that she was a rich woman. “I wish I had one tenth of what everyone thinks I have, but I don’t,” she admitted.

Roseanne said she’s had to raise five kids since her eponymous sitcom was last on the air: “That was 20 years ago … I have to work, dude,” she said. Her macadamia nut farm on Hawaii’s big island is “barely profitable,” according to her, but the work she does makes her happy. “[It’s] kind of just staying even, but that’s what I want to do,” Roseanne said.

If the business does in fact start turning a bigger profit, Roseanne told Howard she’d then turn it into a non-profit. “I want to do something good with it, like Paul Newman did,” she explained. Roseanne would also like to see less waste and lower prices in the macadamia industry. “It’s like some kind of weird subsidy thing…they’re just controlling the market.”

Howard asked if Roseanne missed being on network TV. Roseanne shrugged and said, “Sometimes I miss it … [but] I like what I’m doing now. It’s like free-form ad-libbing.” Her new show allows her to party on camera, too. “I’m going to be smoking pot on the show,” she told Howard.

Howard also asked if Roseanne keeps in touch with any of her exes. “My first ex-husband, we have three kids so I talk to him. We have grandkids together so what the hell, you know,” she told him.

However, if she ran into Tom Arnold, Roseanne isn’t sure she’d be so civil. “It depends. I mean, if he’s going to be bitching at me I sure as hell wouldn’t,” she told Howard.