Next round begins as staff is up on the fans 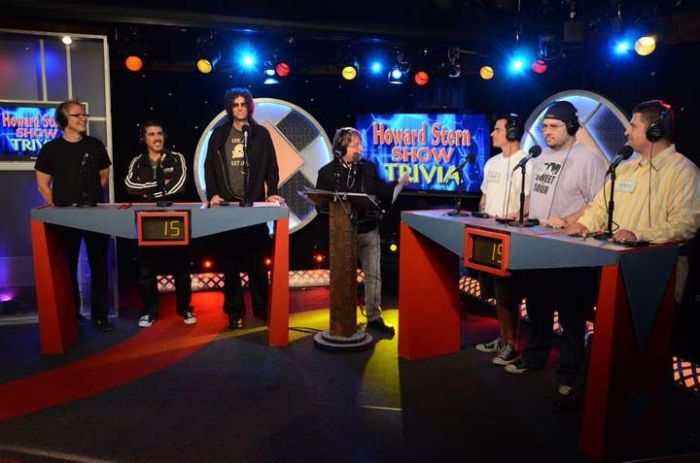 Vinnie announced that the staff’s 35 points were just barely beating the fans’ 30–and started the 2nd Round, where questions count for 10 points each:

Who are the original members of the losers? The fans: Scott Salem, Howard, Fred, and Jackie.

What was Jackie apologizing for in the infamous “It was stupid…” clip? Fred knew it was the Jessica Hahn underwear incident.

What sportscaster uttered “Lest anyone think…” during the infamous OJ prank? The fans: Al Michaels.

Which of Howard’s lines has Kid Rock cited as his boyhood inspiration? Howard: “Balls in your mouth!”

What writer from the Channel 9 show became a reality TV mega-producer? The fans: Mark Cronin. During Howard’s 1997 birthday show, who called in from a coffin? Gary guessed John DeBella, but the fans had the correct answer: Morton Downey Jr. What was Sal’s hip-hop moniker? Fred: G-Man.

Which long-time guest’s private parts were once described as a “snapping gyro”? The fans guessed Siobhan, so Howard stole it with the right answer: Jessica Hahn.

What was the original name of Howard’s band Electric Comic Book? The fans no idea, so Gary stole with the correct answer: The Plumber’s Union.